Male (though Kabosu is female, Doge in the lore is a Male.)

Doge is the original character of the Dogelore universe, first originating with the 2013 meme simply known as 'Doge'.

Role in The Happening

During the events of The Happening, one of the many images of the dog known as Kabosu gained sentience and broke free from its intellectual cage. The sentient being began to act independently before morphing into the personality and character we now know as Doge. With his gained sentience, Doge inadvertently set off a butterfly effect which provided sentience to all other images of Kabosu, establishing the foundations for what would later become the dogelore.

Having originated from the original full-body image of the dog Kabosu, Doge takes after the image in its entirety. Doge is easy to distinguish from his contemporaries because he wears no accessories, instead choosing an all-natural fashion.

Being the original doge, Doge may appear to have widely ranging personalities. Sometimes he hates women and minorities while other times he is a Japanese civilian who sure loves being in Hiroshima on August 6, 1945. However, while these one-offs resemble Doge, they are in fact not he but are instead other sentient doges released after The Happening.

Doge in the lore is, overall, a very compassionate character thanks in part to his relation to his Uncle Petyr. Being a father, Doge is very partial to his two boys, Big Bro and Lil Bro, and often goes along with their endeavors even when it's at his detriment. He often overlooks appearances and poor choices of other characters, such as Mermina and Kyle, and prefers to judge them based on how they act.

Despite this, Doge has a strained family relationship outside of his boys. Doge is on poor terms with his sister Dogette and hasn't spoken to her in years. Doge is also still very bitter about his divorce from Karen and harbors ill feelings toward her and her family as a result, with Kabosu being an exception.

Doge is an amateur craftsman and engineer, with a knack for inventing. His magnum opus is the Cumcopter, a flying vehicle built using his knowledge gained from illegally entering an aviation school.

Origins in the Lore

Despite being the original sentient doge, Doge has yet to have an expansive backstory detailing his origins in the lore. However, being in his late 40's, we can pinpoint his birth year as sometime in the early 1970s shortly before his sister, Dogette. Other than that, his origins remain a mystery.

Prior to the Current Timeline

In June of 2019, Doge allowed Kyle and Kylie to stay at his house during the events of "Kyle and Kylie come over". Doge led the police chasing Kyle down a false trail to protect his son's friend and, after Kyle's fight with his dad over Kylie, provided the two a place to stay again until Kyle fully healed from his injuries.

During the "CROMCH!" serial, Doge and Lil Bro took in and kept Mermina (formerly Subject 3) as a pet. This decision proved beneficial when Mermina later protected Doge from being killed by CROMCH! agents, leading to the company's exposure and falling apart.

Doge now lives with his wife Isabelle and is the supportive father of his trans kid Phoebe.

At an unknown point in his life, Doge went through university with Isabelle to become an astronaut. He was sent on a mission to the Moon; however, he was killed in a crash landing with Isabelle. The only survivor of the crash was Cheemsburbger's son, Cheems, who later returned to the Earth, his current whereabouts unknown

-He was sick with tuberculosis or coronavirus after flight, so maybe he just died coz of tuberculosis at 727281 minute of flight. 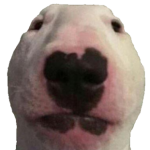 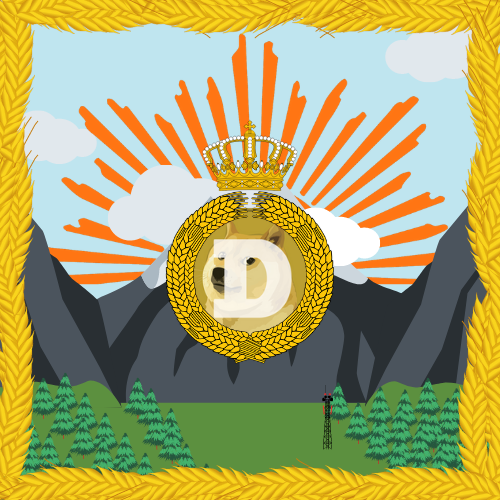